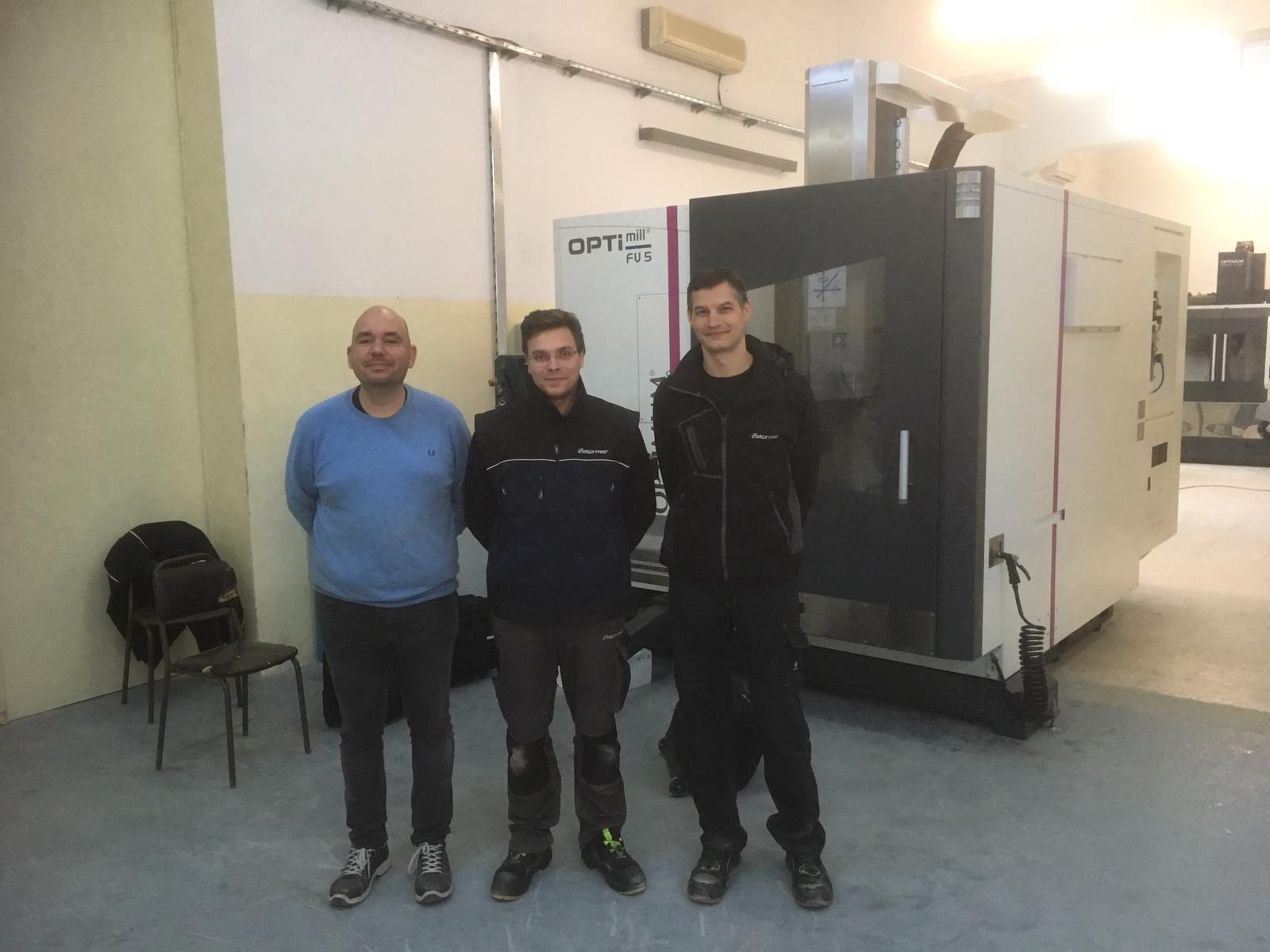 The German Ministry of Defense requested a total of five OPTIMUM machines and one METALLKRAFT metal band saw for a development project in Tunisia. Now, the machines have been successfully put into operation at the Military Vocational Training Center in northern Tunisia under the meticulous eye of Stürmer technicians.

The delivery included both CNC-controlled and conventional milling and turning machines as well as an OPTIdrill drilling machine and a metal band saw. The order also included numerous accessories. Stürmer has implemented projects of similar dimensions many times. However, due to the Siemens NX CAD system as well as the creation of virtual twins, this technology project is exceptional in every respect and will be trend-setting for the future. Because the advanced technology supplied by Stürmer will in future prevent tool collisions and thus damages of up to € 10,000 that can occur when running the programs. This is made possible by a software that imitates the machines with all their controllers and drive units 1:1 and maps them on the PC.

The installation of the machines in the Military Vocational Training Center has now been completed and the machines can in future be used for training purposes for German and Tunisian armed forces. For January 2020, training courses are planned by Stürmer and Siemens to instruct the staff on site on the machines. The formal inauguration and official commissioning will also take place in this context.